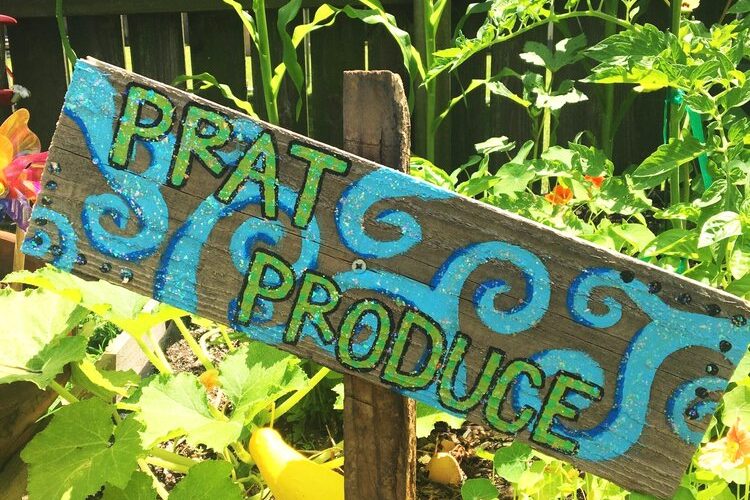 To start, the LSU College of Agriculture has great resources for gardeners. Their Vegetable Planting Guide is pure gold. Despite being readily available online, I probably have 6 different printed copies scattered around the house. I used that guide to confirm that what I wanted to plant aligned with the time of year. Another resource I used to get a game plan was Edward C. Smith’s book, The Vegetable Gardener’s Bible. While Smith is not growing in our zone, he does offer other valuable information, like what should and should not be planted together the importance of good soil and pest control, and the dos and don’ts of composting. Full disclosure: I broke some rules. 😬

If you recall, we built a raised bed which turned out to be approximately 6’ x 6’ out of a pallet. I don’t have to tell you that isn’t the biggest space for a big variety of vegetables and fruits. So I increased our planting space by adding pots of varying sizes to the perimeter of the bed. I had 2 very large pots, and then grabbed 2 smaller ones. I drew out a little grid to represent the bed to help me with placement and spacing. It helped me visualize and determine exactly what I could fit based on the needs of the plants. For example, corn has a suggested spacing of 1’, watermelon – 4’, tomatoes – 2’, etc. 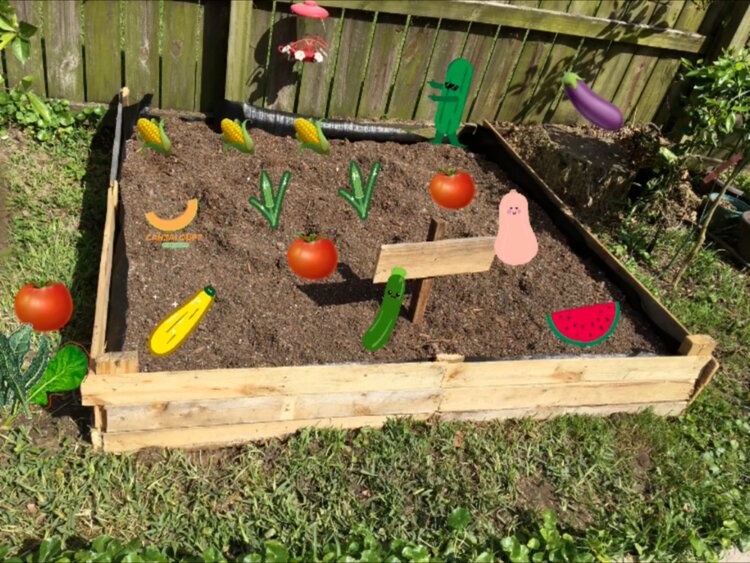 So to the right is where I ultimately landed. I’ve got 3 corn in the back. Technically those (any tall or trellised plant, actually) should be in a north to south row to prevent casting shade over the rest of the plants, but since the fence casts a shadow already, I just placed them on the fence line. The cantaloupe and watermelon were positioned on the edges so that they can crawl out of the bed. I had the same thought for the butternut squash, but we’ll see what happens with it. Remember how I told you that I broke some rules? Well, the big one broken was the proximity that I planted the tomatoes to the corn. They compete for nutrients in the soil. I decided that if my first tomatoes turn out to be tasteless, I’ll pull the corn and replace it with beans. The floating plants on the outside of the bed (eggplant, tomato, arugula, and kale) are in pots. I also have one each of yellow squash, zucchini, and cucumber (trellised). Then I have 2 tomatoes and 2 okra in the bed.

Once I got my fruit and vegetables in the ground, I filled the holes with basil and nasturtium. I knew I was overfilling the bed when I did it, but I wanted to utilize those herbs for pest control. Nasturtium helps deter squash beetles and white flies; while basil repels aphids, mosquitoes, tomato hornworms, and white flies. I’m dying to get my hands on some borage seeds. It also repels tomato hornworms, and the flowers are bright blue and edible. Who wouldn’t want that in their garden?! I’m okay pulling some of these herbs if it becomes necessary. Nasturtium won’t last much longer with the heat that is to come, so those will eventually get pulled anyway. Additionally, I chose plants that do well in containers to expand my growing space. I went with an eggplant and a tomato, each in their own pot, and kale and arugula in their own pots. I’m not really into peppers, but those also work well in pots. 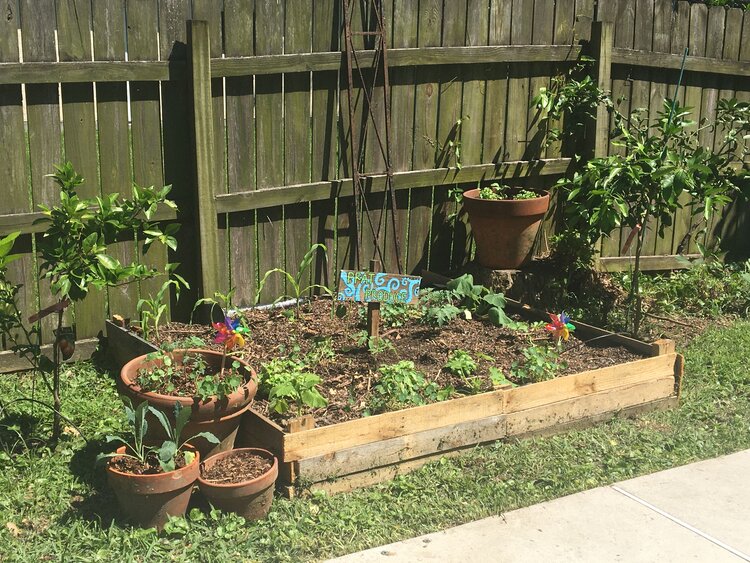 It’s really filled in since this picture. There are a couple of things to point out…The empty-looking pot in the bottom left is where I planted the arugula. I started that from seed. I recently added the bottoms of green onions in that pot as well. Some people like to root those in water before planting, but I just stuck mine in the dirt and they’re doing fine. Also, the trellis that I used for the cucumber was an old column/post that my neighbor threw out last year. It turned out to be perfect for a climber. You can get creative with what you use for a trellis, but simple string or twine also works. While on the topic of vines/climbers, my cantaloupe. A friend of mine told me about her cantaloupes climbing the pine trees surrounding her (HUGE) vegetable garden last year. The way she described those melons hanging from the trees reminded me of Willy Wonka. So, the plan is to buy an obelisk trellis so they can climb and hang. I’ve seen cantaloupe supported various ways when they’re grown up a trellis, but I might take my chances not doing that. Lastly, I put some carrot seeds in the bed because why not?

I know, I know, I know!!! We need to mulch. I’m embarrassed that hasn’t happened yet. It’s best to use a neutral mulch like hay or chopped pine straw. Hopefully we get to that soon. We haven’t gotten any tomatoes or eggplants yet. Andrew was pulling all of the flowers off of the tomatoes to strengthen the plants before they fruited. We haven’t gotten any blooms on the eggplant, but I started him from seed a little late. I harvested our first okra yesterday, and it looks like that yellow squash will be up today. If you have any tips, please share them with us! I must go water all of these babies now (For the record, I should have watered this morning. If you have to water late in the day, try your best not to get water on the leaves of your plants so that you can avoid sun blistering.).